I joined the Z-Owners in 2007 and went on the Half Way ride that year; and have been on every ride since.

I was thinking; why do I love the ride so much? Is it the 6 hours of riding to get there and 6 hours back home the next day? Is it the early morning catch up on Saturday morning before heading off? Is it all the bits that happen along the way, like a phone flying out of its holder, gravel like marbles half way around a corner, or a pannier coming off because the roads are so rough? Is it catching up with mates you haven’t seen all year? Is it drinking too much, or not enough? Is it the great hospitality of country pubs? Is it the wonderful array of bikes? I guess it’s all of these things.

We gathered on a chilly Saturday morning at Beaudesert and it was good to see Sludge, Lindy and Benno who made the effort to get up early to see us off. Pity they had commitments on the weekend and couldn’t make it. Con & Lea, and Ken & Lisa travelled to Uralla in cars.

After getting everyone to together for the pre-ride briefing we were off over Mt Lindsay for a coffee at Casino. Mat’s Sic Pics were taking photos on Mt Lindsay that morning, so we got some excellent action shots. Check us out! Justin and me on the K’s, Klaus on his 1400, John on the battleship, Wally on his Z1000, Mick on Miguel’s bike, and Jackie & Neville on their FJR. Conrad had to unload his truck in the morning so rode directly from Toowoomba to Uralla. 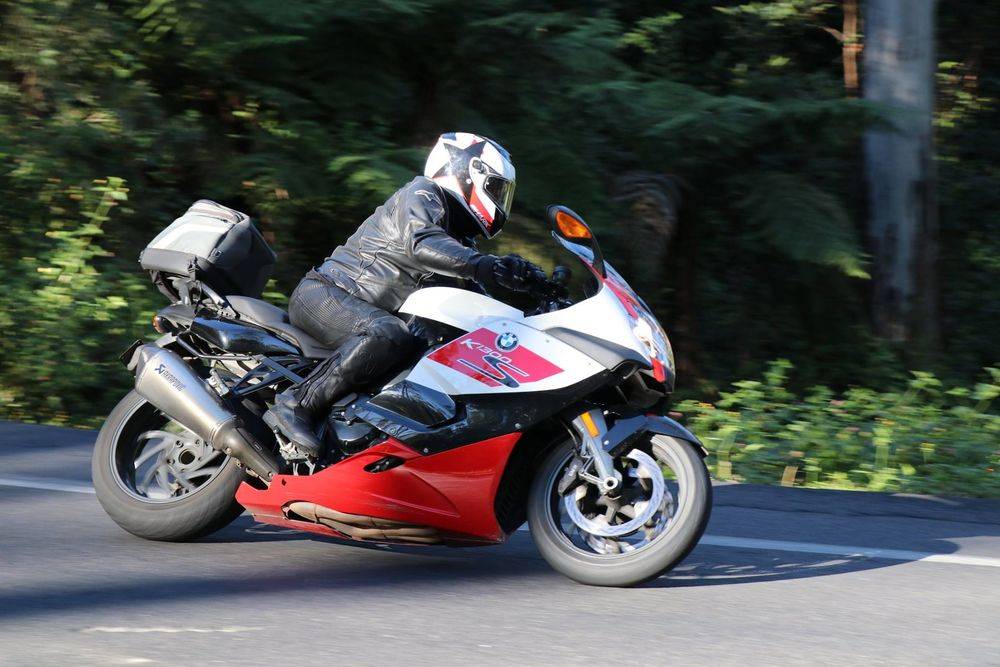 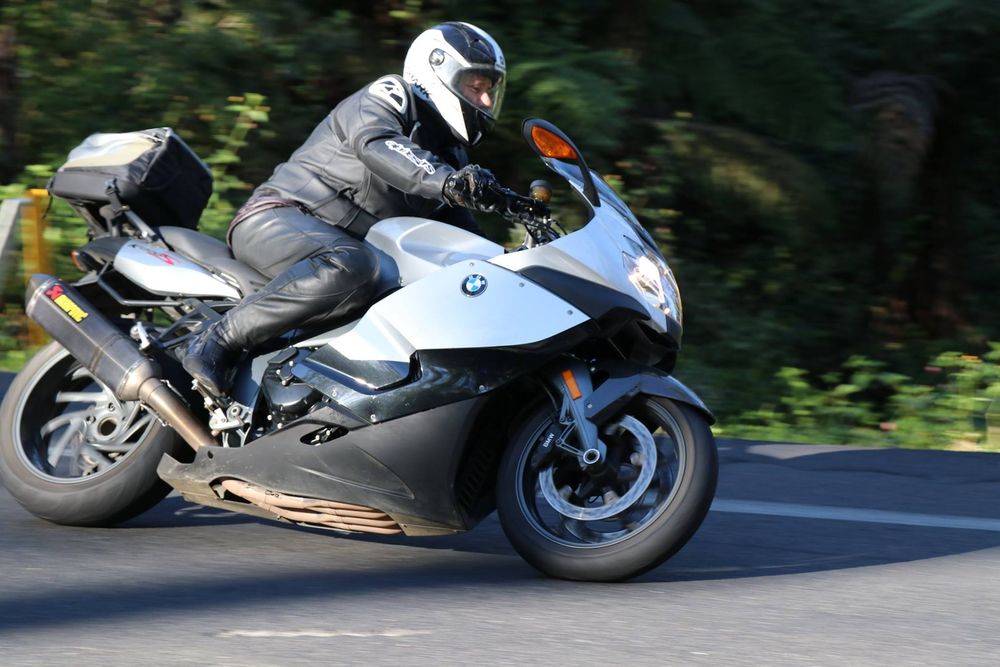 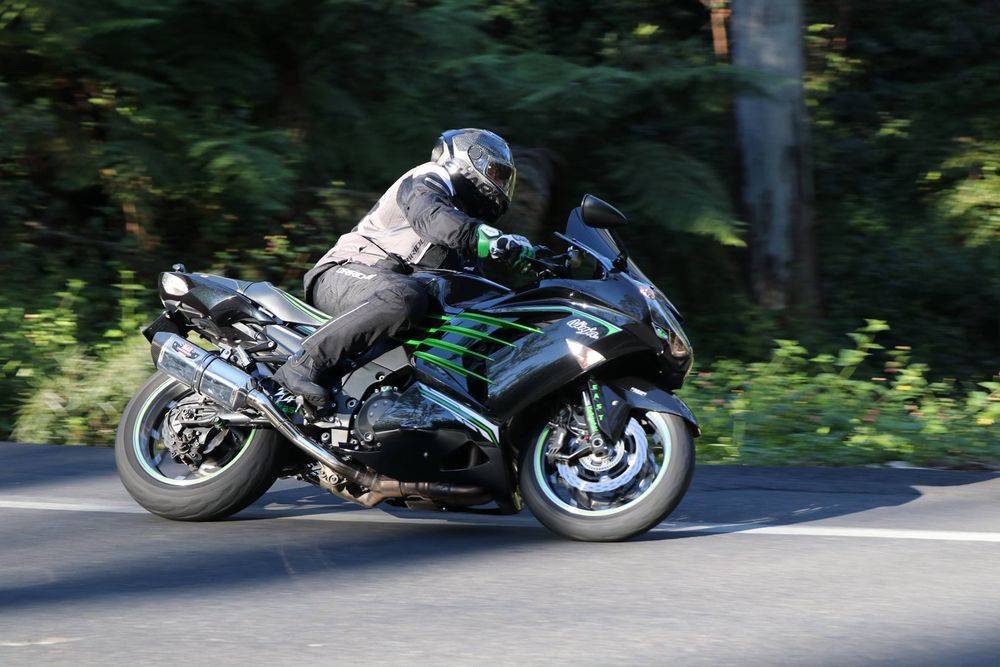 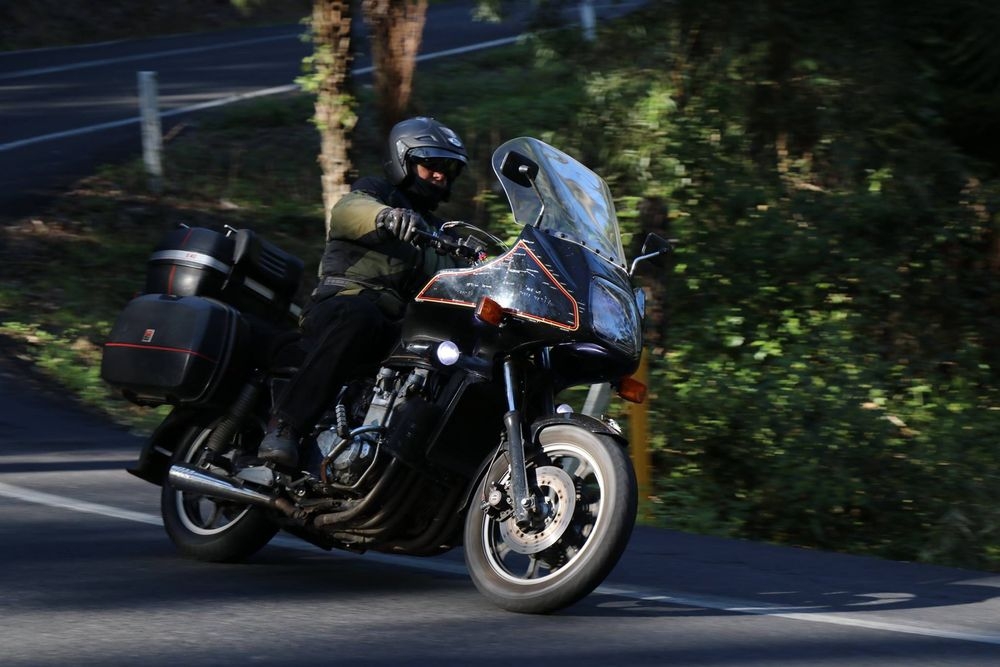 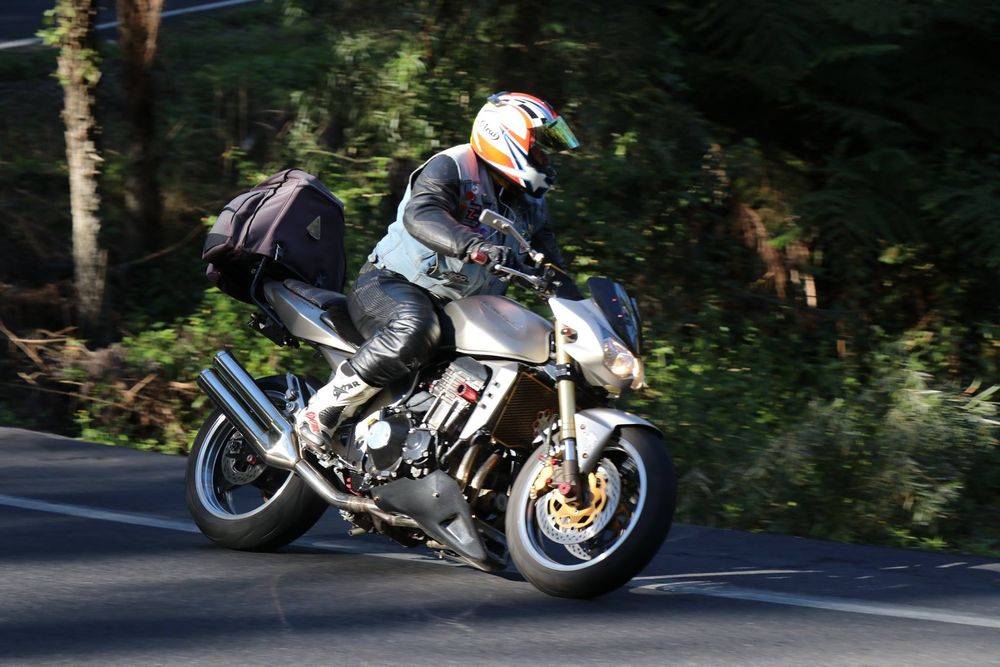 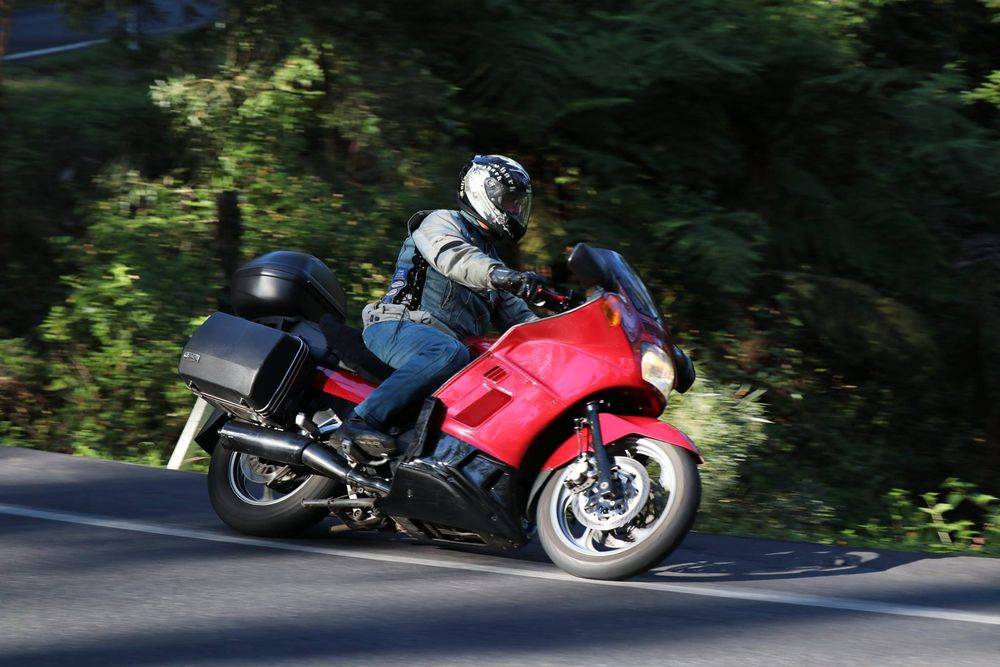 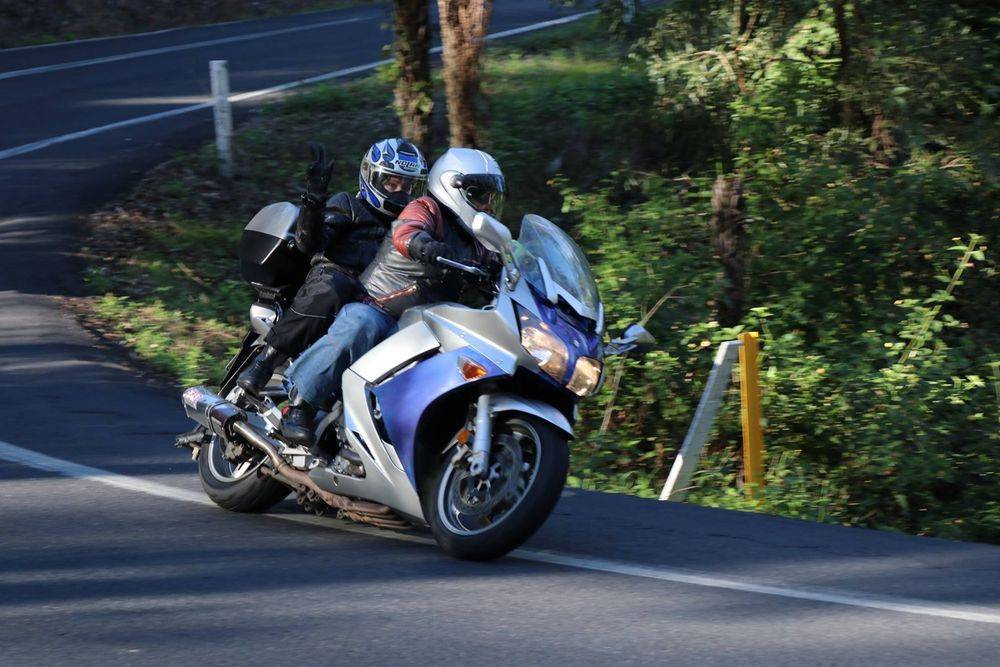 On big rides it’s important not to stuff around, because you want to get off the roads before the roos decide they want to have a look around. McCafe makes good coffee but waiting 20 mins is ridiculous. That put us behind the 8 ball but nothing that a twist of the wrist wouldn’t fix.

A quick fuel stop at Grafton then onto Ebor for lunch. Fusspots is a great café with good food at a reasonable price, so we make it a destination. I wondered where Neville and Jackie had got to and then found out his smart phone had left it’s cradle at 100kph. They had stopped to find it to recover the Sim card, but it was like finding a needle in a hay stack. The conversation at Fusspots was brisk with the main topic being the lose gravel half way round what seemed to be a clean corner. Most of us had a slip but all stayed upright; thank goodness.

When we arrived at the Black pub in Uralla we sorted the rooms before heading to the bar. I don’t know what possessed me at the time, but I thought it would be funny to tee-up the Pub to tell Conrad there had been a mighty stuff up and all rooms had been taken. You see, Conrad was arriving later and messaged me to make sure they held his room. He had even rung the pub to confirm the booking earlier. Have you even had a situation when you think something would be hilarious, but on salutary reflection, you realised you have probably F’d up BIG time. You see, messing with a Z-Owners head after they had ridden 500kms and all they want to do is put their stuff in their room and have a Bundy, is probably not the best decision. Anyway, after a couple of beers I was relaxed enough not to worry too much.

When Conrad arrived and entered the bar he had this calm but determined look on his face. I remember that look from my father when I was 8 years old and he found out I had just scratched his car (his pride and joy) with my bike. I can still feel the stinging pain from his belt. Life lesson learned…. NEVER POKE THE BEAR.

The Sydney crew arrived. Rodney and his lovely lady Katherine, Mick, Chris and Greg. We settled into pre-dinner drinks and there was no lack on conversation. Lea had organised a room for dinner at 6:30pm and the meals were delicious. After dinner we adjourned back to the bar to continue the party and piss taking of the shenanigans going on in Windsor. 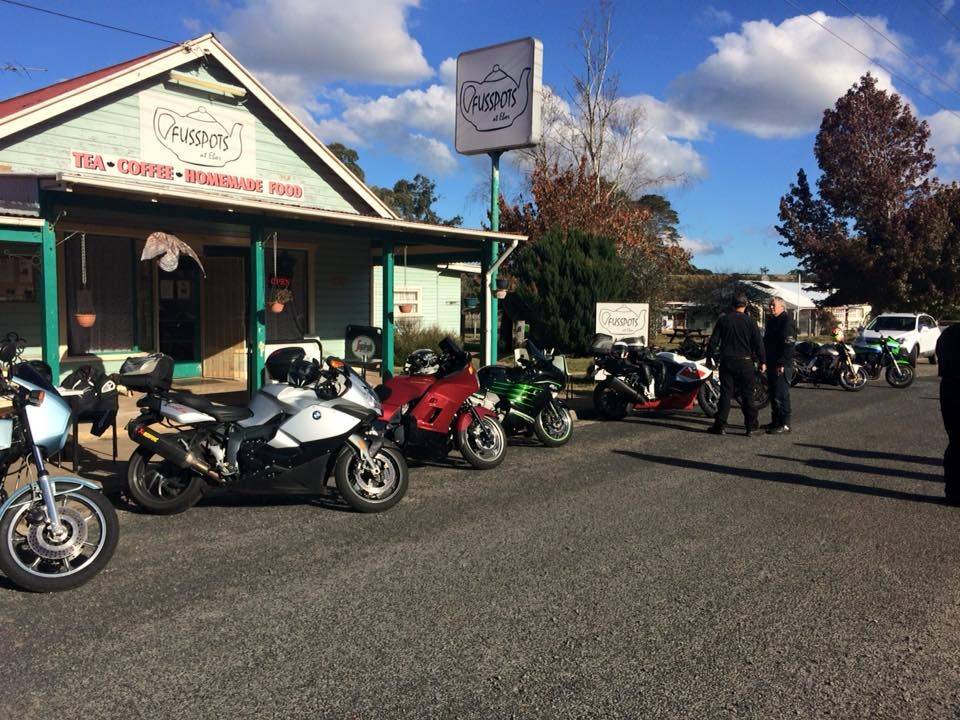 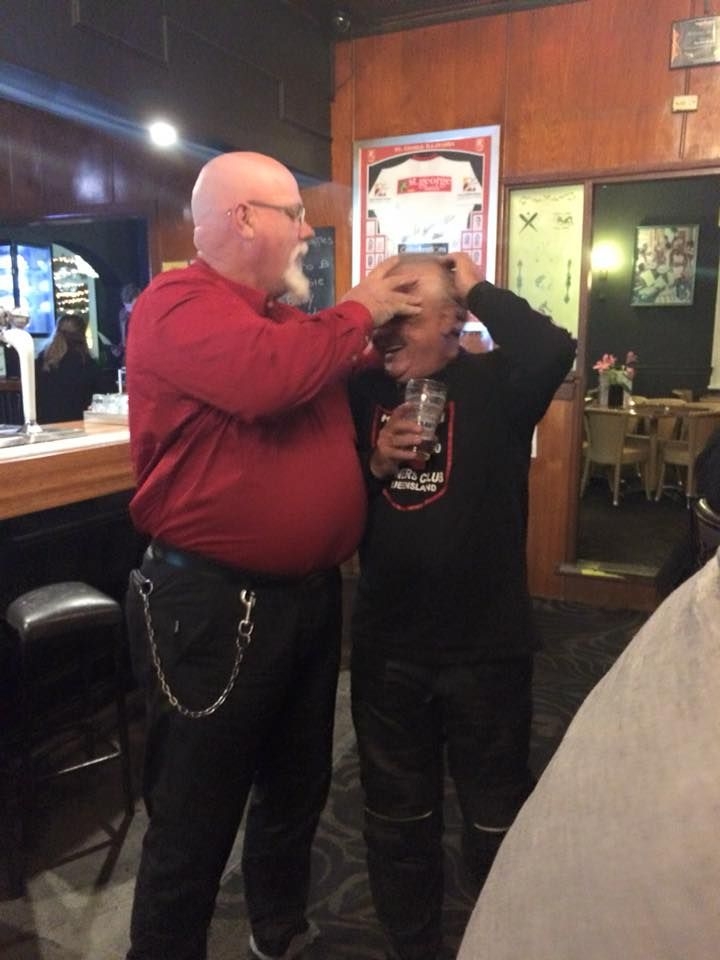 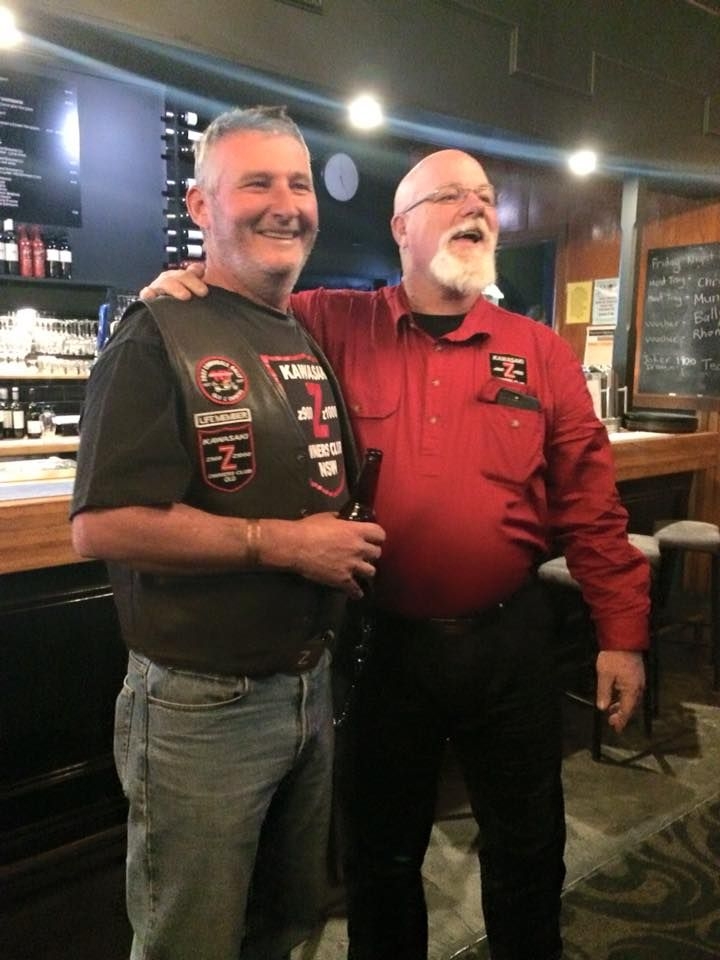 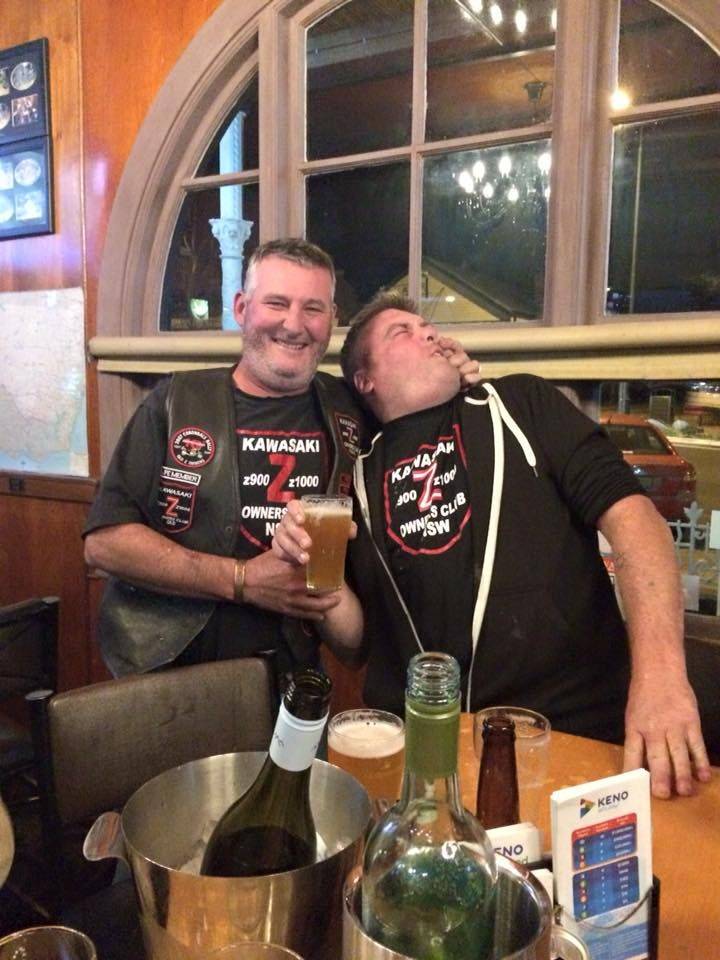 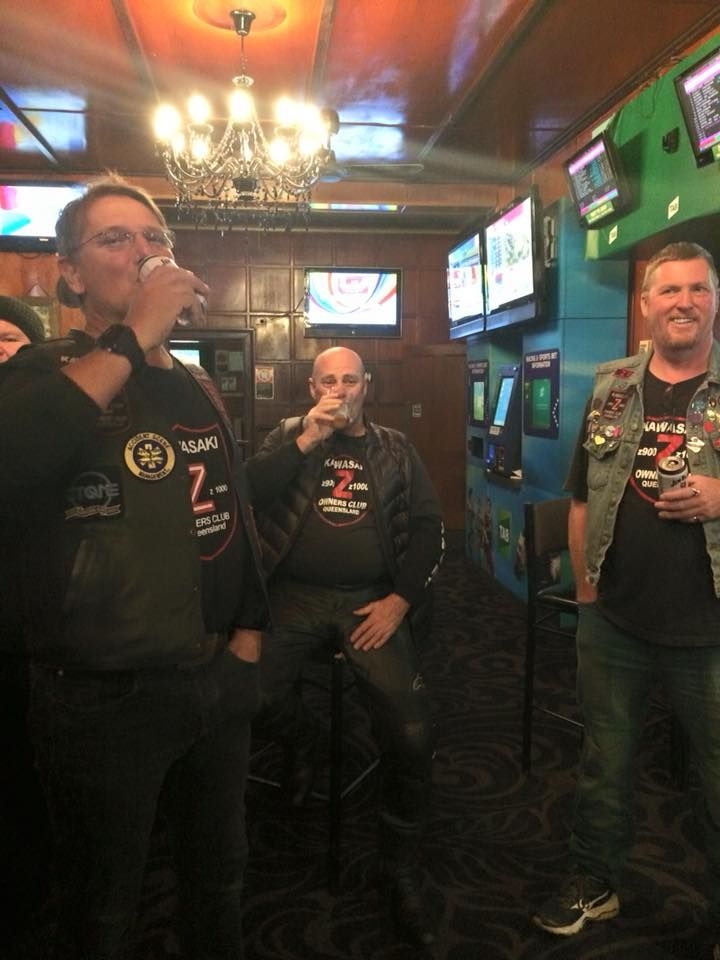 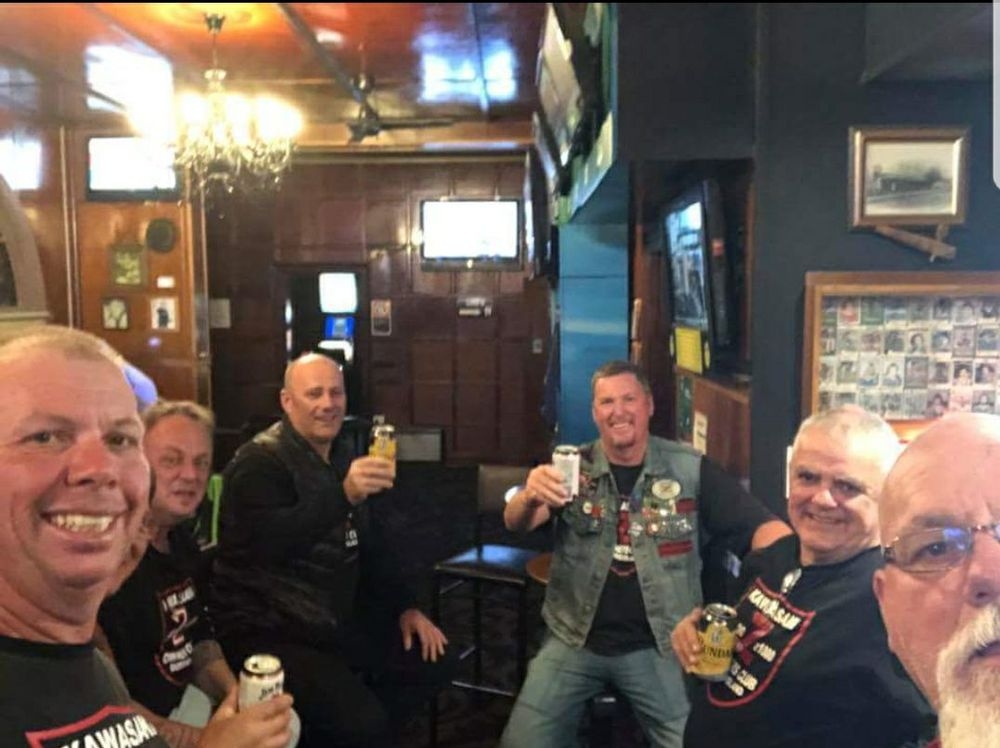 The plan in the morning was to head to Rosie’s Roadhouse on the other side of Armidale for brekky, but a quick check of the BOM said it was 1.9 degrees outside so plans were changed quickly and breakfast was organised for across the road. Conrad had left already as he had to work so he wins the hard ass biker award for the weekend.

When we left it was a healthy 7 degrees and I wasn’t looking forward to the boring 2 hr run up the Highway to Tenterfield but the thought of the run across the twisty Bruxner to Tabulam made it worthwhile.

The trip from Tabulam to Urbenville can be difficult in places because of the condition of the road but the bonus is the reverse run-down Mt Lindsay. A quick farewell over a beer at Beaudesert then it was back home to loved ones.

To be continued next year.